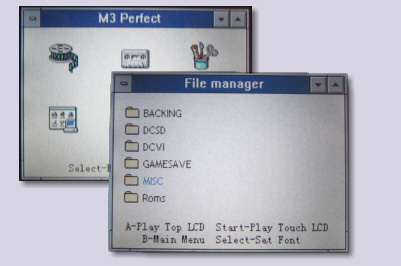 After messing around with my new M3 all day i quickly discovered that the default skin really REALLY sucks. So therefore i cranked up the good ol' paint and made this neat Windows 3.1 skin, designed to bring back that nostalgic 16 bit feeling.
All the images and everything else i used to make the skin is included in the zip, so feel free to change stuff if you didnt like it... :)

My M3 finally arrived today, so huge thanks to Danny and the rest of team M3 for the sample. Did some quick tests, and shockingly all my programs seems to work perfect with it, woo-yay! \o/

And about PAMOD 1.2, its ALMOST there, only waiting for some small updates from Mollusk...
- posted by Kleevah @ 17:54 0 comments

Haven't updated in some time, so i thought I'd just put up something usefull here...
So here are two small projects I've worked a bit on since last update:


(No sourcecode download, as they are really only tests, just mail me if you want it though ;)

PS: I am working on a new version of PAMOD at the moment, expect a new release shortly :D
- posted by Kleevah @ 00:32 1 comments

Very very small update. From history.txt:
- Made the scrolling smoother (now you can hold down the pad to scoll)
- Fixed the border of the default skin a bit
- Made the fading at boot a bit more smooth (still not 100% happy about it) 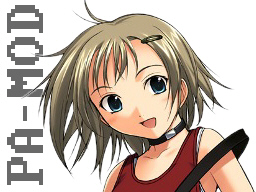 "PAMOD is a highly customizable music player for the old trackerformat "mod". The goal of the project is a small, but customizable, stand alone player with a quick and easy filesystem. This first release is just a fundament which i will continue to add features to continuously."

So, i finally got myself started with a new project. Now im not gonna say what it is just yet, but its VERY neat and something i always wanted on GBA. I'll post more info later when i got a little more finished product.

Here is some status: 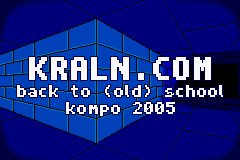 Kraln has just announced his Back to (old) school kompo, a sweet oldschool compo for several formats! Twist is, only 4bit color... now that will surely make things very interesting.